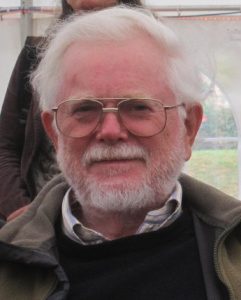 What’s wrong with what we have now? Bertrand Russell and John Dewey both said that conventional authoritarian schools offer the choice of becoming either submissive or rebellious – neither is a good preparation for living in a democracy or taking responsibility for your own life

What do I mean by Democratic Education? Why are SPDM (student participation in decision making – about what and how they will learn) and SPDDM (student participation in democratic decision making – about how the class and school communities will be managed) so important? Both are needed for young people to discover their own purposes and to be able to create their own identity which are so pressingly important as 4IR (the Fourth Industrial Revolution) threatens the capacity of work/employment to provide for this.

I am excited by the ‘Greta Thunberg phenomenon’ where demand for school change is being driven by the students themselves – for many years advocated by OBESSU (the Organising Bureau of School Student Unions) and national SSUs (school student unions). They have needed a uniting issue such as the overwhelming imperative of climate change. We see teachers beginning to come to support of the children and to realise than on this issue many students know more than their teachers, parents of political decision makers. School students are realising they need to create their own curriculum and demand that their teachers should help them.

School change is also being driven by parents in many countries – for example the recently opened East Kent Sudbury School in England and many similar schools across Europe and the World.

My own story is one of Opportunisn, communication and learning to find friends, to create change at the teacher level – first as a class teacher, then a senior teacher and later as a school vice-principal.

The story of 1H/2H my first class where I created a democratic learning community of 11-13 year olds. Change at class level and then change at school level.

Next I will say a little about the creating a Community School where democratic change at community level was brought about – where school and community became ‘turned on’ to themselves and each other through democratic structures and processes – with a Community Education Association beginning to create change at national level.

I will then say a little about the role of small private democratic schools and how as an Inspector I was able to help in the survival of Summerhill School. Although I am in principle not happy about private schools educating the children of elites who can afford to pay nonetheless the democratic schools play the role of the ‘pioneers of possibility’ – they show what can be done in ways that are more difficult in most inflexible state systems.

I will conclude by mentioning examples of changing policy at city level ( the Portsmouth Project and UNLOC) and changing policy at national level (UK Citizenship curriculum and Hannam Report) plus students as governors/school board members under the 2002 English Education Act.

And finally I will mention the Sympraxis project in Greece. Moving from one classroom to whole school to system change supported by international change agents such as the Council of Europe and IDEC/EUDEC.